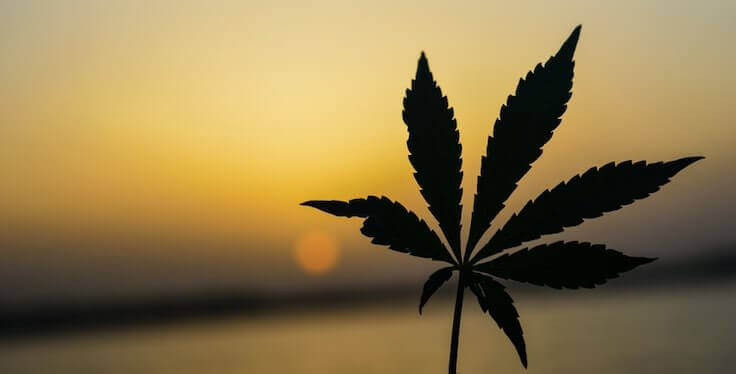 What Legalizing Marijuana in Arizona Means for Child Custody

On November 3, Arizona voters overwhelmingly approved Proposition 207, legalizing the recreational use of marijuana within the state. Naturally, many parents wonder how marijuana use, either by themselves or by the other parent, will affect their child custody case.

The new law does not explicitly reference child custody, but it will likely have implications. Since the law has not yet gone into effect, we are speculating on the possible ramifications of the law and how it will be applied in Arizona family courts. Based on our experience and interpretation of the new law, this is how we believe judges will treat legal marijuana in custody matters.

Marijuana usage in child custody cases will (probably) be treated like alcohol use.

We anticipate that marijuana will be treated like alcohol. Which should mean that the occasional user shouldn’t worry about it negatively affecting their custody matter. But that comes with a caveat, just because it’s legal, it doesn’t mean that judges, experts, or best interest attorneys will ignore its usage. The new law does not shield marijuana use from being the subject of a child custody proceeding. Especially, if it impacts the parent’s ability to safely care for the child. If a Court is concerned about parent’s marijuana usage, the Court will be able to either restrict or place conditions on that parent’s parenting time. But like alcohol, if it’s consumed responsibly and in moderation, it’s unlikely to impact your custody case.

Judges will (likely) not use responsible marijuana consumption as a determining factor in custody matters.

We expect judges will be trained and instructed to treat marijuana like alcohol. But keep in mind that judges are people, and they are likely to adjust to the new normal at different speeds. Judges, especially older ones, may differ in their approach to marijuana. So, while not illegal, it’s best not to flaunt your marijuana usage in court proceedings.

In the past, marijuana use by one parent could be grounds for giving the other parent full custody. But even prior to the November 3rd referendum, judicial attitudes toward marijuana use by child caregivers appeared to be softening. That acceptance seems likely to grow quickly now that it has been legalized.

In prior cases we handled where a parent was living somewhere where marijuana was legal, the message we heard from judges has been—you can use it, just don’t use it around the child.

Marijuana use can still get you into trouble with the Court

As with alcohol, the Court’s biggest concern will be if you use marijuana irresponsibly. The Court is likely to be concerned if you do any of the following:

The other parent might still try to use marijuana consumption against you.

In addition to what we noted above, be careful about posting any pictures or videos or your marijuana on social media. If the other parent thinks you have a marijuana problem, those posts will show up as an exhibit at trial. The best policy is to avoid posting anything related to drugs or alcohol on any social media.

You should also be aware that you can’t consume marijuana in public. Employers, schools, daycare centers, and certain other locations may prohibit marijuana consumption on their premises. If you lose your job or get asked to leave your child’s school or daycare, expect it to be used against you.

Most importantly, be careful about consumption around the child. Here, marijuana is at a disadvantage compared to alcohol. Because alcohol is socially acceptable to all generations, its consumption has a certain social leeway that marijuana does not. Also, if you smoke marijuana around the child, you will expose them to secondhand smoke, and that could be viewed as endangering them. I think that it will take time for everyone to view smoking a joint the same way we view drinking a beer.

The Courts have treated concerns about a parent’s alcohol/drug use in several ways, including ordering a parent to abstain from alcohol either altogether or prohibiting alcohol consumptions in the hours leading up to their parenting time and through the duration of their parenting. Some judges have even ordered the other parent not to hand over the child if they suspect the other parent is drunk.  Courts have also ordered parents to test for alcohol. We would expect similar restrictions when the Court is concerned about a parent’s marijuana consumption.

While concerns about marijuana addiction don’t seem to be as profound or as concerning as alcohol addiction, a Court could still order a parent to undergo treatment.

Expunging your marijuana conviction may help your child custody case.

A parent’s criminal record is often used as evidence of unfitness (i.e., inability to safely care for the child). You can expect that if you have a criminal record, the other parent is likely to use it against you if they are seeking to have the majority of parenting time and legal decision-making.

One thing is for certain: It won’t hurt your case if you expunge your criminal record. You are eligible to have your criminal record expunged if you were convicted for possession, consumption, or transportation of 2.5 ounces or less of marijuana, 12.5 grams or less of marijuana concentrate, or marijuana paraphernalia. Additionally, you can expunge a conviction for growing six or fewer marijuana plants at your residence.

Arizona has joined the growing movement of states legalizing recreational cannabis. Ultimately, we cannot say with certitude how the courts and judges in Arizona will apply the new law to family court cases, but we are confident that responsible usage will be treated the same as alcohol. Be responsible, and you shouldn’t have anything to worry about.