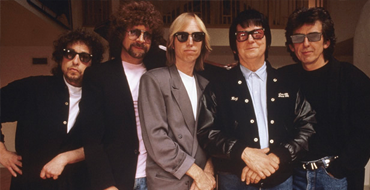 November 24, 2021 Cindy Best
If you are a music fan, you might have heard of the group The Traveling Wilbury’s made up of Bob Dylan, George Harrison, Tom Petty, Roy Orbison and Jeff Lynne. One of their songs, Poor House,  in particular has lyrics that might hit home with anyone thinking about divorce or who has been through a divorce. You might ask yourself: “Am I really going to the Poor House?”
If you are getting a divorce in Arizona, the answer is no. Of course, splitting your assets might feel like you are losing everything but you are not. Arizona is a community property state and everything earned during the marriage is split 50-50. Separate property remains yours if it was gifted to you, you received it in a will or if you owned it prior to marriage. If you made money traveling and singing in a band, that income is community. If you have a band that you formed during marriage, the value of that band business needs to be determined so the particular spouse’s share can be determined and then half of that value paid to the other spouse in some way.  A prenuptial agreement would avoid this division, depending on the provisions in the agreement. The good news is that you would not end up in the Poor House.
Here is the beginning of the song in case you want to give it a listen.
You walk in, half past nine
Lookin’ like a queen
Serving me with papers
Calling me obscene
Woman, I’ve tried so hard