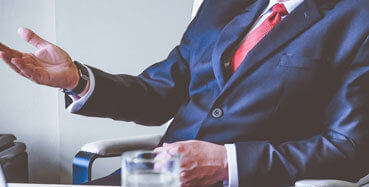 In family law cases, the parties or the court may request third party professionals be appointed in cases to assist the court in making decisions regarding the best interests of the minor child(ren). These individuals can be appointed at any time during the case.

Court Appointed Advisor: This person is appointed by the court from a court roster and interviews both parties. Parties cannot stipulate to a particular court-appointed advisor. They often interview the children as well. They will file a report that summarizes their interview with each parent and makes recommendations to the court. They also typically review the pleadings and any other documents provided to them by the parties, and they will often appear telephonically to testify during trial. The cost of the court-appointed advisor for the parties is dependent on their incomes. Depending on the parties’ incomes, the state may pick up the majority or all of the cost.

Custody Evaluation: These are usually performed by mental health providers, such as psychologists. Custody evaluations are much more in-depth than any other kind of third-party report and typically include interviews of the parties, the children, and any other collaterals that may provide information regarding the best interests of the children. They also typically include a review of records, including criminal records and mental health backgrounds. In the end, the custody evaluator submits a report with recommendations regarding legal decision-making and parenting time for the court. These may be the most thorough of all third-party reports, but they are also, far and away, the most expensive and may cost as much or more than $10,000.00. The cost is split between the parties.

Best Interests Attorney: This person represents the interest of the child in a family law proceeding. They may interview both parties and the children, but they are the attorney for the child. The best interests attorney is allowed to appear at trial and call witnesses, present evidence, and ask cross-examination questions. The best interest attorney charges an hourly rate, and the cost is split between the parties.