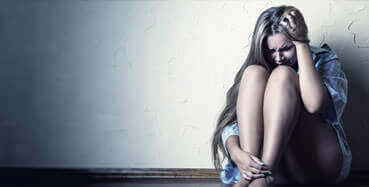 The NFL Handles Domestic Violence Better Than The Courts.

You have all seen the video, you know what Ray Rice, the former NFL player did. But in case you missed it, he was the guy seen punching and then dragging his unconscious fiancé (now wife) out of an elevator. He will never play again in the NFL. The message is clear: domestic violence will not be tolerated.

Our courts can learn from the NFL. The court has not yet recognized that there should be zero tolerance for abusers. Granted, most abusers are not quite as obvious as Ray Rice.  They don’t leave behind undeniable evidence and the results aren’t always a black eye, a bruise, or a handprint on the face. Most often the abuser is subtle, controlling, and coercive. It is much less obvious than a punch to the face but equally terrifying to the victim. Domestic Violence can manifest itself in many ways; such as throwing stuff, saying nasty things, making threats and treating the other person with disdain and contempt so they feel threatened and afraid almost all the time.

The NFL recognizes the seriousness of Domestic Violence so why don’t the courts? Why do the courts allow an abuser to have unsupervised parenting time with their children?  Unfortunately, there’s no good answer right now. But if you are the victim of domestic violence, you should know what you are not alone. You should know that many courts get it. You should know that we can help. We have experience helping victims of Domestic Violence. We get it. But I also keep wishing that the courts would be a little bit more like the NFL. Maybe we should all watch more football.