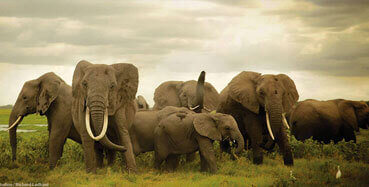 The Ivory Game is a documentary that premiered at Telluride Film Festival earlier this month. We were lucky enough to be at the premiere and see this wonderful film that exposes the trafficking of ivory and how close we are to the extinction of elephants. It will be available to watch on Netflix on November 4th. Best Law has contributed to the Wildlife Conservation Society and strongly encourages you to check out this website, https://theivorygame.com/, and watch the documentary.

Please read the Press Release below for more information.

Such is the question at the heart of The Ivory Game, the gripping and urgent documentary thriller from filmmakers Richard Ladkani and Academy Award® nominee Kief Davidson that unveils the global crisis faced by African elephants, slaughtered by poachers for ivory tusks sold on the international black market to dealers and private collectors. At stake is nothing less than the eventual extinction of the greatest land mammal on earth, an indelible symbol of wildlife in Africa and an iconic figure of the natural world.

The Ivory Game is a real‐life espionage thriller replete with shadowy villains, globetrotting intrigue and heart‐stopping ambushes. Filmed undercover for 16 months across three continents, the filmmakers follow a daring team of intelligence agents, wildlife activists, frontline rangers, surveillance experts and high‐level conservationists as they race against a ticking clock to infiltrate a dark and sinister global network of “white gold” traffickers who will stop at nothing to ply their trade.

The Ivory Game is an epic documentary feature designed to inspire both outrage and hope, marking a turning point in mankind’s relationship with wildlife.