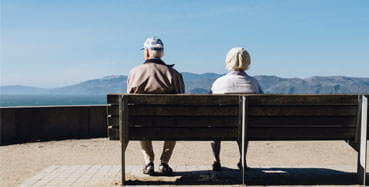 The Effects of Divorce on Adult Children

Adult children can be greatly affected by divorce. Most people recognize the risks and emotional damage that minor children experience when they are asked to pick sides in a divorce. Most people, though, are unaware of similar risks posed to adult children. When their parents divorce, adult children commonly begin questioning even happy memories of their childhood or begin to question or become critical of their own marriages/relationships because they may mistakenly believe their parents were “living a lie.” Sometimes, divorces can even cause intense rifts among adult children who are siblings. Some experts even believe divorce is harder on adult children than minor children.

Unaware of these risks, many parents innocently lean on their adult children for emotional support. Sadly, this often negatively affects the adult child. This can result in an adult child becoming alienated from the other parent or other family members. In some cases, the adult child may even come to resent the parent who is confiding in them. Unfortunately, these broken relationships deny both the child and the affected parent from having a meaningful relationship with someone who loves them and cares about them.

Just as minor children are better off with both parents in their lives, so are adult children. To protect your adult children, both spouses in a divorce should consider some ground rules:

Both parents should be aware of situations with which an adult child of divorce that are typically loaded with emotions.

When a parent begins dating again or remarries

A friend of mine is an adult child of divorce. A few years after his parents divorced, his dad remarried. This was very upsetting to my friend. He became very angry toward his father for his decision to “move on.” He expressed his anger to his mother. She wisely diffused his anger. She encouraged him to support his father and said to him, “Why wouldn’t you want your father to be happy?” Her attitude and wise advice helped my friend see a better approach. He was able to have a more positive relationship with his father and his new stepmom going forward and maintained a close relationship until his father died a few years later.

I am sure my friend’s mother must have also had strong emotions about her ex-husband remarrying. But she set aside how she felt for the good of her son and his relationship with is father. Because of her selfless approach, her son was able to create happy memories with his father in the last few years of his father’s life.

Unfortunately, this story seems to be atypical. Many parents express their emotions to their adult children at the expense of the child’s relationship with the other parent.

Most of us have seen how affected an ex gets when their former spouse begins dating. Many of us have considered the affect a parent’s new relationship might have on minor children. Few of us, though, consider how emotional an adult child might get to see their parent with someone new.

Be sensitive to how your dating may affect your children. Wait an appropriate time after the divorce before you discuss with your children your plans to begin dating. Tell them your dating someone new before you introduce them to that person. And be supportive of your spouse’s decision to begin dating again. You, your ex, your someone new, and their someone new are going to be at a lot of family events together: weddings, graduations, children’s birthday parties. The better you all get along, the more invitations you’re going to get. If you can’t get along, don’t be surprised if you start learning about these special events after the fact.

A divorce will impact holiday plans. Adult children often are trying to start their own traditions and/or may already need to visit their significant other’s parents as well. Your divorce is likely going to create a major logistical issue for their holiday plans.

For that reason, it is best to discuss those plans with them, and let them know you’re OK with celebrating holidays on days other than the actual holiday itself. The magic of Christmas is not confined to December 25th, so if you end up celebrating on December 26th, that’s OK. It’s also OK to have your Thanksgiving dinner on a Friday.

Often, divorce requires the parties to sell the home where the children grew up. No one ever likes to see their childhood home listed for sale, but for adult children whose parents are divorcing, it may symbolize a greater loss than they might normally feel.

Experts recommend giving children the opportunity to “grieve” the loss of the home as well as time to take from the house items that have a sentimental meaning to them.