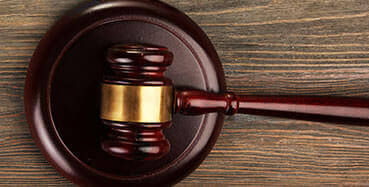 The Courts Process To Establish Paternity

If one of the voluntary methods above are utilized, the Clerk of the Superior Court then issues an order establishing paternity, which is as effective as an order signed by a judge. Note that other forms will be necessary if Mother is married or was married during the ten-month period before the baby was born because, in Arizona, the mother’s spouse is presumed to be the father. Recently, the Arizona Court of Appeals held that this also applies for births that occur in same-sex marriages. In this situation, the voluntary process can only be used if Mother’s spouse gives written consent that the other man is the father. If he does not consent, Court action may be necessary. If Mother’s husband cannot be located with reasonable effort, paternity may be established without his consent.

This type of order from the Clerk does not establish child support, parenting time, or legal decision-making for the child. Additional paperwork will need to be filed. Voluntary establishment of paternity procedures available through DES, DHS, hospitals, or the Clerk of the Superior Court do not deal with the amount of child support to be paid, medical insurance, a parenting time/visitation schedule for Father, or other benefits. If the parents cannot reach an agreement, the party requesting the benefit or right must address these issues through the Superior Court after the voluntary establishment of paternity. The Court encourages the parents involved in issues of custody and child support to reach agreement—for those issues where no agreement can be reached, the Court decides these issues at trial.

In any case where paternity is established, the parent with whom the child resided for the greater part of the last six months has legal decision-making, unless otherwise ordered by the Court. A.R.S. § 25-803(D).

If further Court action is necessary, the party who files the Complaint must have it served on the other party in accordance with Arizona’s Rules of Family Law Procedure. The party then has the opportunity to respond. The Court will set trial within sixty (60) days of the Response. A.R.S. § 25-807(A). The Court will then order genetic testing. A.R.S. § 25-807(C).

If the tests indicate the man tested is ninety-five percent (95%) likely or more to be the father, he is presumed to be Father. A.R.S. § 25-807(D). Most often the case is then resolved. If Father continues to challenge or dispute paternity, a trial may be necessary. The report must be challenged within twenty (20) days. A.R.S. § 25-807(E). The Court may order additional testing in this instance. If challenged, Father has the burden of clear and convincing evidence to rebut the presumption of paternity. A.R.S. § 25-807(D).

Presumption of Paternity in Arizona

Paternity is presumed when Father and Mother of the child were married at any time in the ten (10) months prior to birth or the child was born within ten (10) months of the termination of marriage. In addition, it is presumed when genetic testing affirms it is ninety-five percent (95%) likely the man is the father, or when Mother and Father have both signed the birth certificate, or both parties sign a notarized witness statement. A.R.S. § 25-814. If both parents sign the birth certificate, paternity is presumed in Arizona. As referenced above, however, this is not an official method to establish paternity.

After the Court Process

In some circumstances, after paternity is decided, the Court may order an amount to be paid for future child support, past child support that is due, an amount to be paid for the cost of the child’s birth, and medical insurance for the child. The Court may also establish a parenting time schedule. It is important to advise the parties that reaching an agreement or filing additional petitions with the Court regarding parenting time and legal decision-making are good next steps.