What Is An Uncontested Divorce?

An uncontested divorce is a procedure available in some states where spouses who agree on the terms of the divorce can file together. Arizona does not have the uncontested divorce procedure. That does not mean, though, that divorces have to be contentious. In fact, many couples in Arizona file after first reaching agreements on all issues in the divorce.

1. Reach Agreements on all Issues (Mediation)

In a divorce with children, the parties must address five issues: the division of property, spousal maintenance (a.k.a. alimony), legal decision-making, parenting time, and child support (In most states, “legal decision-making and parenting time” are called custody). In a divorce without children, the parties must only address division of property and spousal maintenance.

While some people choose to reach agreements without ever speaking with someone who is licensed to practice law, we recommend mediating instead. In our experience, many individuals learn of issues they had not considered before in mediation. We have also seen many self-represented fail to include required information in their Decrees that cause them to be rejected by the Courts or fail to divide something that should be divided. We have seen other parties not know the procedure to divide more complex assets, like retirement accounts.   For these reasons, we recommend the parties mediate to reach full agreements.

Parties can mediate before or after starting the divorce process.

2. Put the Agreement in Writing

3. File the Petition for Dissolution

The Petition for Dissolution is the document that must be filed with the Court to start the divorce. The Court also requires an additional 5-7 documents be filed along with the Petition (the number varies, depending on whether the parties have minor children in common). After the documents are filed, they must be served on the other party. When the parties have already reached agreements, service can be accomplished by having the “responding” party sign an Acceptance of Service.

The next step is for the parties to put their agreements into a Consent Decree. When the parties have children, the parties should also submit a parenting plan. Additionally, where assets are being divided, a Property Settlement Agreement should also be prepared. Once these documents are prepared and reviewed and approved by both parties, both parties can sign and notarize the documents. The documents can then be submitted to the Court as soon as sixty (60) days after the Acceptance of Service was signed. It usually takes a week or two for the judge to sign the Consent Decree and return it to the parties. Once the judge signs the Consent Decree, the parties are divorced. 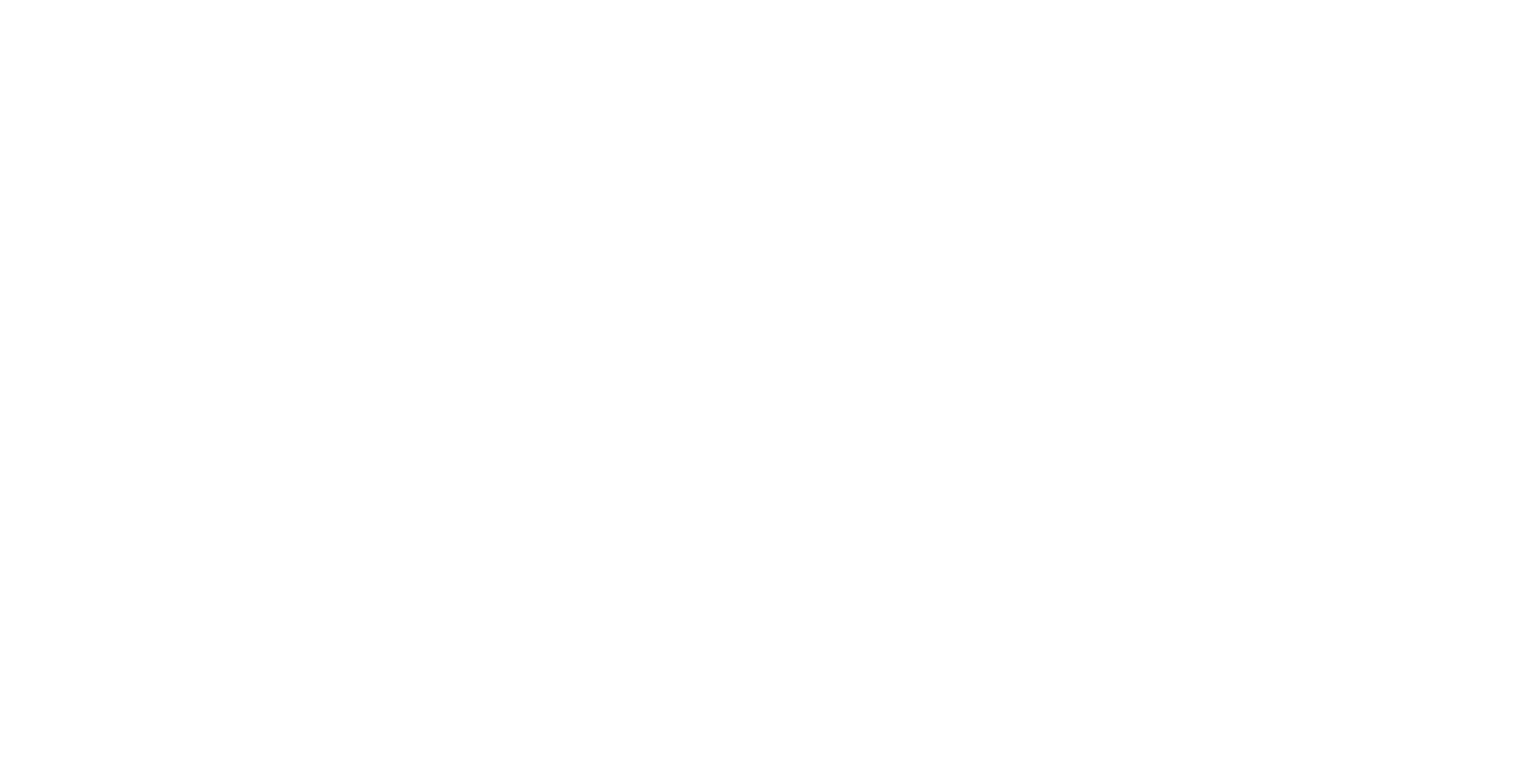 Other Low-Conflict Ways To Get Divorced

In our experience, we do not recommend going by default, as it carries substantial risk for both parties. In our practice, we have seen many Petitioners who could not get the Court to accept their default decree. We’ve seen people have to return to court as many as four times over an eight-month period to attempt to get their “quickie” divorce finalized. Additionally, many Petitioners contact us because they omitted something in the Petition that they now want to be included in the Decree. This is difficult to correct.

More commonly, we receive panicked calls from Respondents who were divorced by default—and the terms were not what they expected. We have had parents alarmed over the parenting plan the Court approved. In some cases, we have even had to file emergency petitions to undo default parenting plans. We have had parties who frightened over unfair financial terms. In a few cases, we have even seen parties financially ruined by the terms the spouse they trusted imposed on them. Once default has occurred, it is difficult and expensive to overturn. We have seen so many horror stories happen with defaults that we strongly advocate against the practice of proceeding by default.

Mediation is the far more-preferable way to get divorced. Many of our mediations reach full agreements in one two-hour session. Our mediators will ensure that all the vital considerations of a divorce are made and that the agreements are amicable. Mediation allows both parties to be a part of the conversation and part of the solution. Both parties agree to what is occurring.

Get A Game Plan

We provide specific legal advice on your matter so you can move forward, lessen anxiety and have peace of mind.

What is an uncontested divorce?

An uncontested divorce is an option in some states (but not in Arizona) where the parties can file together for divorce. And it will be granted.

Does Arizona allow for uncontested divorces?

No, not in the technical sense of the term “uncontested divorce.” That is, Arizona does not allow parties to file together. Of course, parties are welcome to reach agreements and submit those agreements to the Court in a document called a “Consent Decree,” but the Consent Decree can only be filed with the Court 60 days after service of the initial divorce papers has occurred.

What is the Arizona equivalent for an uncontested divorce?

The equivalent is to reach agreements and to submit a Consent Decree to the Court for the judge’s signature.

What do we do if we want to get divorced but don’t want to go to Court?

You reach agreements outside of Court. This is where a mediation is particularly helpful. You can reach full agreements on all issues before even filing.

If we reach agreements, do we have to go to Court?

No. In fact, if you use Best Law Firm to mediate and draft your documents, then it is likely that neither spouse will ever have to step foot in court.

What if we agree on everything? Do we still need to file something?

If we reach a full agreement in mediation, are we divorced?

No. The parties still must prepare a Consent Decree and file it with the Court.

If we agree on everything, do we still need to be mediate?

We recommend mediating because you likely have not thought of everything. Our mediators are well-versed in Arizona law regarding divorce and can ensure that you have considered all the issues that need to be addressed and reached agreements. Additionally, our mediator will draft up a Memorandum of Understanding that will memorialize your agreement (i.e., put your agreement in writing) and can be used to draft your Consent Decree.

What if the judge refuses to sign off on our agreements?

What is the advantage of mediating with Best Law Firm?

What happens if we file the Consent Decree without filing a Petition for Dissolution?

We have helped thousands of clients successfully navigate their family law matter.

Schedule your consultation and meet with our team to create a customized game plan and move forward confidently.

What Our Clients Say

Our experienced team at Best Law Firm has helped thousands of clients. See what some of them have to say about working with us.

“Ms. Best resolved my spousal maintenance issue with my husband and his attorney in two hours. She accomplished what the lawyers could not do in 9 months of litigation. I am very grateful for her help.”

“We hired this law firm to represent our son in trying to get joint custody. They did a fabulous job keeping us informed as to their plan each week.  I have to say I do not think my son would be enjoying his daughter right now with his 50/50 custody if it was not for this law firm.”

“You are the Best, before I retained counsel, I was not able to see my children and did not know what rights a father had in Arizona. I now have joint legal and physical custody. Thank you for all that you have done for my family.”

I’ve used Best Law Firm twice now. Excellent communication skills, rapid responses, and they know EXACTLY what they are doing. They look out for you.like one of their own and do everything they can to keep your case cost effective. Highly recommend!

“The service provided at ‘Best’ was beyond exceptional. The staff at ‘Best’ were professional, going above and beyond their normal duties to help me. I would sincerely recommend ‘Best’ for anyone looking for help with their families legal matters.”

“I have worked with Best Law Firm on two issues in the past 12 months. Their service is exceptional and the quality of their attorneys is second to none! So, their name (Best) is truly appropriate! I would recommend their legal services to anyone!”

Thank you for the excellence in your craft and communication each and every step of the way, for the care, for helping me to be brave and strong in holding someone accountable for their wrongdoings, for helping my sons and me to receive the best possible scenario out of the worst situation of my life.

“Alan was very professional and quick, he had our paperwork done the same day. When I called him to follow up I was able to speak with him then.  Highly recommend Alan, he’s very easy to talk to, he’s very knowledgeable, and he means business.”