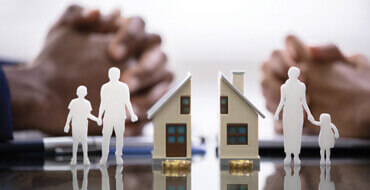 To start off, know that a legal separation is a court order that allows the spouses to live separately, while still remaining married. This means that you are not allowed to legally re-marry, as the prior marriage was never officially terminated! However, preserving marital status means a lot more than just the potential to re-marry. Your spouse would still have the power of decision-making when it comes to next-of-kin, including medical and financial decision-making. Concerning children, agreements made in a legal separation are re-negotiable, and can be litigated in a subsequent divorce.

Additionally, a legal separation allows for healthcare plans to be retained just as they are! But because Arizona is a community property state, be aware that any property obtained, income acquired, or debt incurred during the marriage will most likely be divided evenly. Only property that was obtained prior to the marriage, or was received as a gift, would be safe from such division.

So, why would people choose a legal separation over a divorce? In many cases, people decide to pursue a legal separation for personal reasons. Think religious or spiritual concerns in this regard. But in other cases, the reason can be more practical. A common reason, for example, is to preserve the current healthcare plan for the two spouses. In this way, a spouse with a debilitating disease or illness would remain covered by the existing healthcare plan.

So, when deciding on which legal path to pursue, think of the potential benefits and burdens of preserving the marriage. Do you have a religious or spiritual issue with divorce? Do you wish to preserve existing healthcare plans? Do you not want to re-marry? Or do you wish to keep potential agreements concerning children as re-negotiable? If you answered ‘yes’ to any of those questions, you may want to consider a legal separation.

Have additional questions on legal separations and divorces? Be sure to checkout our book, “The Divorce Coach: Your Guide to Arizona Divorce” – available on Amazon.