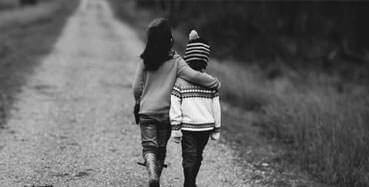 Often times families are under the misconception that a perpetrator of domestic violence is not dangerous to children. They are. Domestic violence in a home with children will impact their lives forever. These facts demonstrate the need for parents, families, communities and the courts to know about and understand domestic violence.

In about 43 percent of households where intimate partner violence occurs the couples have children under the age of 12.

A recent study of low-income preschool children in Michigan found that nearly half (46.7 percent) of the children in the study had been exposed to at least one incident of mild or severe violence in the family.

Children who had been exposed to violence suffered symptoms of post-traumatic stress disorder, such as bed-wetting or nightmares, and were at greater risk than their peers of having allergies, asthma, gastrointestinal problems, headaches and flu.

Battered women are not the only victims of abuse–it is estimated that anywhere between 3.3 million and 10 million children witness domestic violence annually.

Research demonstrates that exposure to violence can have serious negative effects on children’s development.

At least 85% of children who live in violent homes are eyewitnesses, attempt to intervene, and/or experience the violence from behind closed doors.

When children witness violence in the home, they have been found to suffer many of the symptoms that are experienced by children who are directly abused.