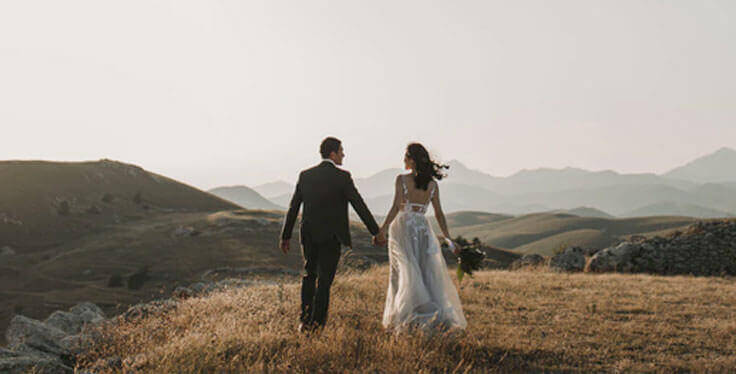 “Get those money issues settled before the marriage” -CNBC

Below is a great article from CNBC about your finances and getting married. The full article is below or you can read it here.

When life changes, so do your finances.

Any new relationship, or new stage in one, means you’ll need to tweak the way you pay expenses and plan for the future.

It may be hard to keep focused on some of the less-thrilling money stuff when your heart is filled with joy. But nailing it down at the start is the best way to avoid financial strain or pain.

Unfortunately, there’s no rule book for how to manage finances with someone you love. The only thing you can do is look at the options, see what other people have done and then have some open, real conversations together. As always, good communication is key.

Lay out the arrangements in advance, and make sure both partners understand the other’s assets, debts and cash flow. You’ll want to have a plan for how bills are paid, and who is responsible for actually paying the bills. Create some rules for spending extra money in a joint account.

“A lot of couples who merge set a dollar amount,” said Mary Sterk, a certified financial planner and founder of Sterk Financial Services in Dakota Dunes, South Dakota. “Anything under this amount can be spent freely, but more than the limit you have to have a conversation.” There’s no rule — it can be as low as $30 or as high as $1,000.

Each partner has a separate discretionary account in addition to a common one for the household: food, insurance, mortgage or rent, and other joint expenses.

Consider a spending limit for the joint account to avoid arguments or unpleasant surprises.

“If either is going to spend more than, say, $500, does it make sense to do a double-check,” Medigovich said. “Have an open, honest discussion.”

All communication should be free from shame or judgment.

An easy way to figure out a fair contribution system is to use percentages.

When you can’t decide

What if you and your partner can’t agree on merging? There’s another option, says Elaine Swann, founder of the Swann School of Protocol in Carlsbad, California. It’s the trial run, a strategy that also works for couples just starting to share finances. It’s not always the best idea to combine everything all at once.

The couple chooses an expense, such as rent, to pay together. Everything else stays separate. “Make sure you have a beginning, a middle and an end,” Swann said. In other words, figure out a process for making this work. You’ll need a separate, new joint account. You’ll have to agree how much each partner puts in. Then, set an end date, perhaps three months.

Halfway through, have a chat about finances to see how it’s going, whether anyone has issues or suggestions. “Then, afterwards, set aside some time to have a conversation,” Swann said. These talks should touch on what she calls the three core values of etiquette – respect, honesty and consideration.

Swann and her husband did something similar before their marriage, when they were already in the process of buying a house together. Instead of a complete merge, they set up a new joint account and made saving for a down payment their first money goal as a couple.

It was a great fit. They learned how they worked together financially. They decided where they’d bank at as a couple, and today that is their joint family account.

When couples choose to keep their money separate, a big question is how to pay bills. “Who’s going to take on what responsibility, and how will you go about doing so,” Swann said. She likes bill-paying apps that give you a safe, easy way to transfer.

“All you have to do is put a note inside saying what the bill is for,” Swann said. Not communicating effectively puts people at an impasse. Paying through apps can help the back-and-forth, as long as you’re specific about where the funds go.
When to stay separate
If you’re not legally married, it’s probably best not to merge finances. Sterk gives this a flat thumbs-down.

“It’s more commonplace to merge in a first marriage, and less common if it’s a second marriage,” Sterk said. It may be less advantageous in later, subsequent marriages, especially if there are children from the first marriage.

It’s a common misconception from movies or TV dramas that a prenup is whipped out the night before the wedding. This is complete fiction, Medigovich says. She recommends having that conversation months ahead of time so that both partners have time to bring it to their attorney and review everything.

Figure out your goals. You’re talking about someone you love, so ask yourself, if something didn’t work out, what would you want to happen and what do you have to lose? “Anyone getting married past age 40, both [partners] probably have significant enough assets that they want to sit down and have a conversation with an attorney,” Medigovich said.

People need to be very clear about their desire to have this agreement. “Prior to getting married is the time to have those difficult conversations,” Swann said. Even though it can feel uncomfortable, allow yourselves and the relationship to weather the process of going through it.

“People think etiquette has to do with not saying the truth,” Swann said. “It’s the opposite. It’s being honest with the other person.”

Even when couples decide to merge their finances, all women should have a personal account in their name only.

“Have enough to get away from a dangerous situation,” Sterk said. “It’s Important for all women to have the financial resources to get to safety.” Whether it’s substance abuse or physical danger, have your own financial safety net.